Will have to approach IMF again if no rise in exports: PM Imran 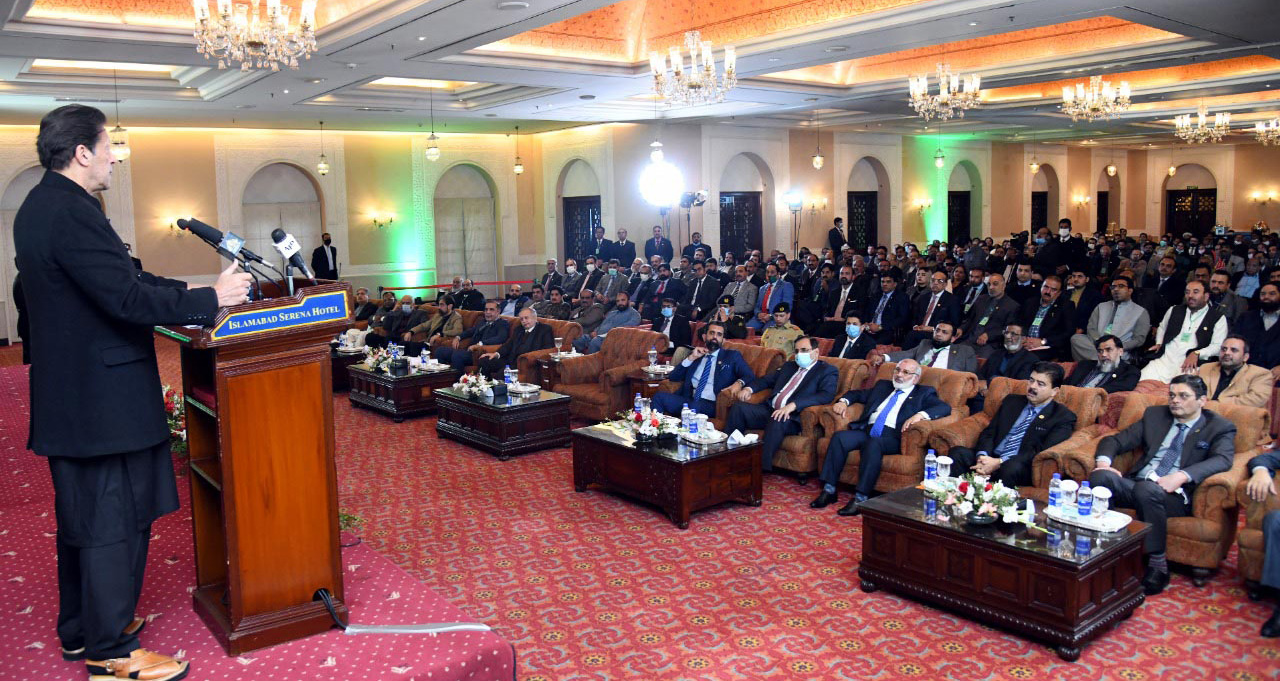 ISLAMABAD: Prime Minister Imran Khan expressed fears on Tuesday that the government would have to go to the Interna­tional Monetary Fund (IMF) again if the country’s exports did not increase sharply.

He said exports and tax collection were main driving agents to boost the country’s economy on which the government was focused.

The prime minister presented a rosy picture of what he called “improving economy” and said all economic indicators were showing upward trends despite inherited economic crunch, impact of Covid-19 and “imported inflation” (due to price hike of food items in international market).

“Will have to go to the IMF again if we do not enhance our exports,” he said while addressing the inaugural ceremony of 14th International Chambers Summit 2022 organised by the Rawalpindi Chamber of Commerce and Industry.

The prime minister claimed that the steps taken by his government to combat coronavirus and keep businesses open were being followed by United Kingdom’s Prime Minister Boris Johnson. “We did not let people die due to Covid-19 and lockdowns,” he added.

He said the government was making strenuous efforts to remove hurdles and bottlenecks faced by exporters, investors and businessmen and to give a spur to the exports industry. “In the past, no attention was paid to these sectors of the economy which are vital for wealth creation. The exports sector was stagnant in the past, but the incumbent government is providing all facilitation to the exporters,” he said.

The summit is being attended by presidents of more than 54 regular chambers, 10 small chambers, 13 women’s chambers and representatives of the development partners, international business community, ministries, government institutions and political parties.

Advocating the government’s decision to present the “mini budget”, the prime minister termed the introduction of mini-budget an effort to document the economy. Out of the total estimated Rs11 trillion retail market, only Rs3 trillion market was registered, he said, adding that the government was also working on tax automation.

The prime minister stressed on developing a tax culture like the Scandinavian countries that had the highest tax ratio and said record tax revenues of Rs6,000 billion had been collected in Pakistan this year.

He referred to the health card initiative under which each family could get free medical treatment worth Rs1 million. Such a health insurance was never thought of in the world, Mr Khan said.

To lift living standards of poor segments of society, the government had also launched Ehsaas programme, he said.

The prime minister recounted that the country’s exports had reached $31bn for the first time in history and foreign remittances had gone up to $32bn.

He said the expansion of industry was vital for a country’s economy. “In Pakistan, large-scale manufacturing has witnessed a growth of 15 per cent. The corporate profits have reached Rs930bn while private sector offtake has touched Rs1,138bn. The IT sector exports have recorded 70pc increase while rising to about $3bn,” the prime minister said while enumerating the growth of the economy due to the government’s business-friendly policies.

The construction sector, he said, was also on the boom while the rural agriculture-based economy had earned Rs1,100bn where 60 to 65pc population of the country was residing. “The change in their economic condition could be gauged from the increased sale of motorcycles,” he added.

Prime Minister Khan claimed that Pakistan was still a cheaper country when compared with petroleum product prices in India and others in the region.

He assured the participants that all facilities and utilities would be provided for setting up industrial zones along the Rawalpindi Ring Road (RRR), adding that the RRR project had been delayed due to corruption that changed its alignment.

The prime minister also assured that government would ensure provision of land on lease at affordable prices to set up economic zones.